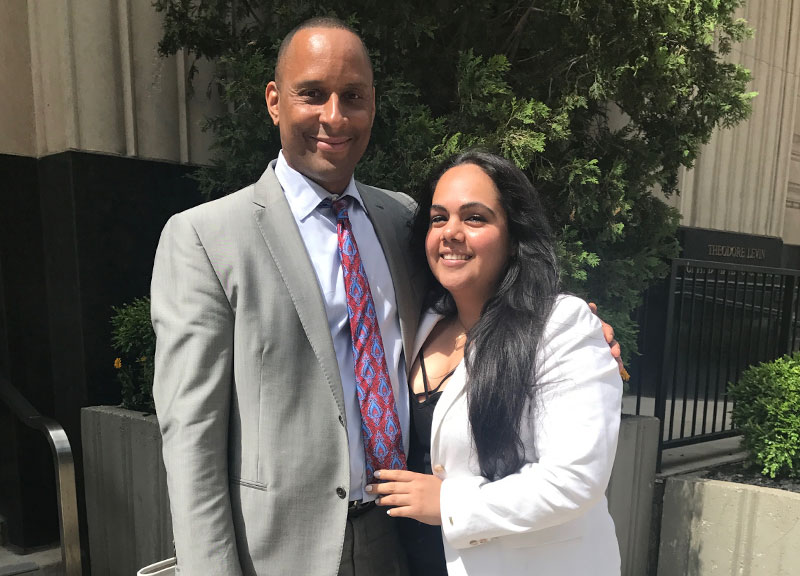 On October 31, 2016 at 11:00 pm seven heavily armed Drug Enforcement Agency Special Agents and a drug dog arrived at my client Mario’s Pontiac home for a “knock and talk”. They did not have a search warrant but they had a suspicion there were large amounts of controlled substances being stashed at this home from information from another large drug trafficking investigation. They did not know who or how many people lived there despite this home being under suspicion for the past several months.

When they arrived with their assault rifles pointed directly at the home through the windows, they surrounded the one story house and banged on both front and side doors to wake the residents. Mario was awake at the time and he woke his wife. Their three children remained asleep. When the door was opened, five agents barged their way in, without permission and sought consent to search the home. After thirty plus minutes of coercion, the client allowed a search of the home and of particular interest of the agents, the garage. Their initial search found nothing but when the drug dog was used the agents discovered seven kilograms of heroin and one kilogram of cocaine hidden in a workbench secret compartment. Mario was indicted in the United States District Court for the Eastern District of Michigan with one count of possession of a controlled substance with the intent to deliver. If convicted  he would serve a mandatory minimum prison sentence of 10 years. Additionally, Mario was not a United States citizen and therefore, following his sentence, would be deported to Mexico.

Mario started with a another retained attorney. As is common, the Assistant United States Attorney strongly suggested a proffer which is basically a confession in exchange for a slightly lighter sentence. There was also a threat that Mario may be charged with additional counts related to the other drug case. Mario and his wife did not feel comfortable with that strategy. They believed that the search of their home was unlawful and wanted to litigate that issue which is why they replaced their first lawyer and hired Barton Morris.

The Assistant United States Attorney still attempted to coerce cooperation asserting that if we did not, there would never be any plea offer. After much thought, we ignored his threats and filed a motion to suppress the evidence based upon the DEA’s coerced consent to search the home.

The case was assigned to Judge Arthur Tarnow in the Eastern District of Michigan. An evidentiary hearing was conducted before him on March 24, 2017. At the hearing three different DEA agents testified that when they came in, everything was cool, there was no coercion and that consent was unequivocal, freely and voluntary. Mario’s wife, Maria, testified to a completely different story. She forcefully and credibly testified that the agents used threats of deportation to coerce consent. Despite being told to leave, she testified, the agents refused. They pretended like they had a warrant but in reality it was a consent form which they refused to sign. The agents were there for over thirty minutes at which point Mario felt like he had no choice. He allowed a brief search because otherwise he felt they were not going to leave. Next thing he knew a drug dog was in the garage which was something that exceeded his limited consent to search. Minutes later the drugs were found, Mario was arrested and because he was an illegal immigrant, he has not been released since.

Six weeks later, Judge Tarnow granted our Motion to Suppress ruling exactly what we had argued that the DEA’s knock and talk was unreasonable and the circumstances in which they came coerced consent and was therefore unlawful.  The government was forced to dismiss the case. Mario is still facing deportation proceedings but without any criminal conviction. The fact that he has been in this country for so long, worked hard and raised a family should hopefully be enough to gain his release so that he can continue to work on obtaining legal residency and eventually citizenship. Mario loves baseball. When he gets out, we are going to a Tiger’s game together. 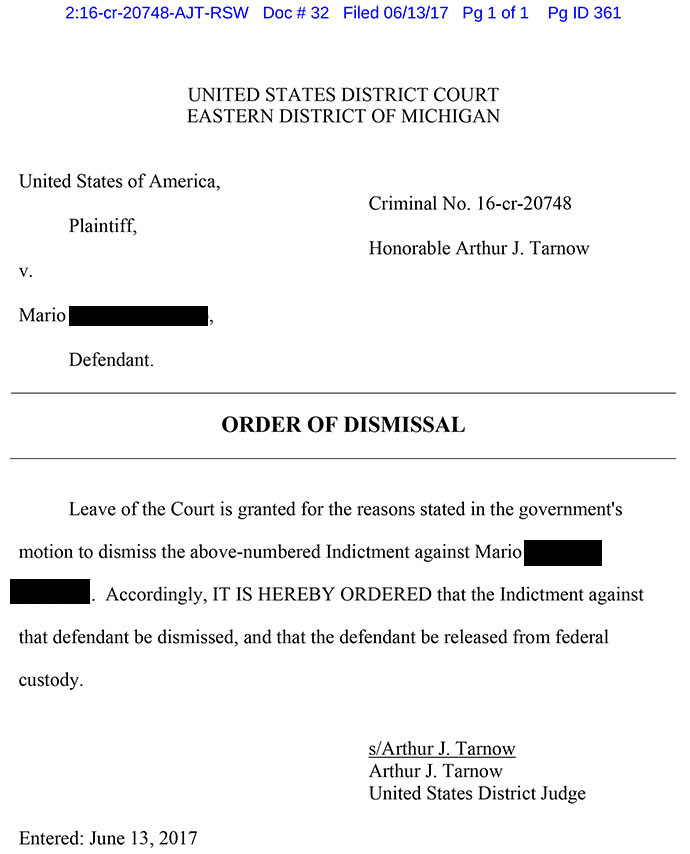