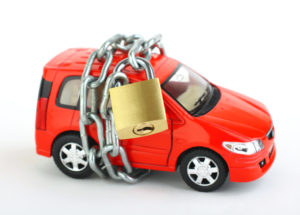 The Department of Justice has had a criminal asset forfeiture program since the 1980’s. The purpose of the forfeiture program is to prevent criminal enterprises from making an illegal profit, to return money to victims of crime and combat organized crime groups. Since 1993 the Federal program allowed state law enforcement agencies to “adopt” their program using the federal court to seize and forfeit crime related property because at that time states did not have similar legislative provisions. They do now as every state has a criminal forfeiture program which is why the Federal adoption accounts for only 3 percent of the total value of forfeitures in the Department of Justice. The DOJ has announced the elimination of that program. Despite the seemingly small percentage, since 2008 that program has seized in excess of 3 billion dollars of cash and property. Attorney General Eric Holder has stated that this is the “first step in the comprehensive review that we have launched in the Federal Asset Forfeiture Program”. This review is to be reported to the President.

Why are they engaged in a comprehensive review? It is possibly because their forfeiture asset program allows for the seizure and disposal of assets without the owner being convicted of a crime. The program relies upon civil law which mandates a lower burden of proof. Because money is involved and not life and liberty, as they argue, means proof beyond a reasonable doubt is not required. The other problem is that the law enforcement agencies that perform the seizures share in the profit that is generated which means they have a financial incentive to perform their duties. This incentive has been the cause of unlawful activities, police raids and unconstitutional searches and seizures. Even if the case gets thrown out of criminal court, the forfeiture can still survive civil court. This incentive should be eliminated. We will see what this comprehensive review will discover. Hopefully there is comprehensive asset forfeiture reform which them forces state governments to reform similar legislation.